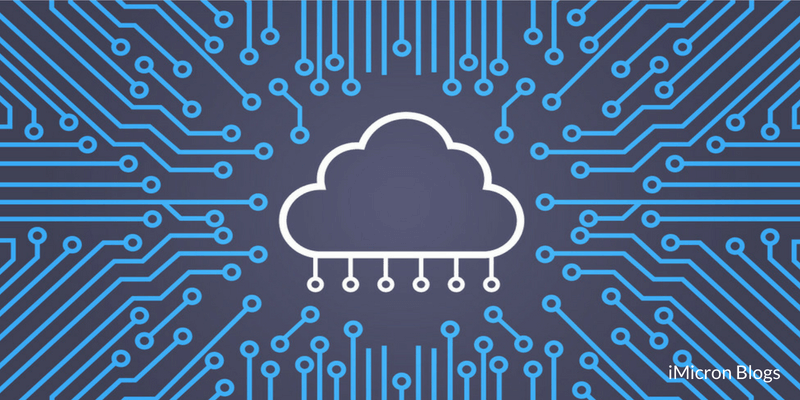 When Amazon rolled out the first ever cloud service—EC2— in 2006 many companies flocked to Amazon to avail these services as it was offered under the first-come-first-serve basis. Over a decade, several other competitors ventured into cloud computing on realizing its potential and the growing demands from enterprises for exchanging the data in real-time. Today, there are at least half-a-dozen giant companies such as Microsoft, IBM, etc., that offer cutting-edge cloud platforms & services. This is paving the way to new horizons with enterprises leveraging cloud technologies from different CSP’s. Enterprises today are using different deployment models like SaaS, PaaS and IaaS as per their requirements based in infrastructure, workloads and security and many more. Businesses these days are trying to find the right balance of the cloud solutions. For organizations its neither private nor public as the best solution, but both, also known as Hybrid Cloud. A new deployment model where in enterprises are using services from multiple cloud service providers known as Multi-cloud strategy.

According to a survey conducted by RightScale, every enterprise utilizes at least 5 to 6 cloud services, and apparently, most of them don’t know or rather confused whether they embraced hybrid cloud or multi-cloud. The following blog throws focus on what these two different terminologies are. Read on.

The reports indicated that there’s a growing confusion among enterprises, who are utilizing cloud services from various providers, as to whether they are into multi-cloud or hybrid cloud. A survey conducted by BMC revealed interesting facts. At least 52% of the respondents (C rank officials from IT companies) believed that multi-cloud includes a combination of the public and private cloud while 23% said that it was a mixture or on-premise, public and private. Nearly, 40% of the companies have no clue about the expenditure they spent on cloud services.

The predominant reasons for switching to more than one cloud service, as revealed by BMC, including

–Cost Optimization: Close to 45% of enterprises said that they embraced multi-cloud for optimizing the costs and cutting down the unrequired workforce, and yield higher ROI

–Agility & Scalability: Apparently, 44% of respondents said that agility and scalability were the primary reasons for embracing multi-cloud environments. They said they could scale up and down the services, and even unsubscribe the services of an MSP depending on the need and necessity

–Risk Mitigation: Risk mitigation is the reason behind 40% of enterprises switching to multiple cloud partners, according to the survey. Risks, whether internal and external, often impact the business continuity and enterprises are comfortable with the unexpected downtime 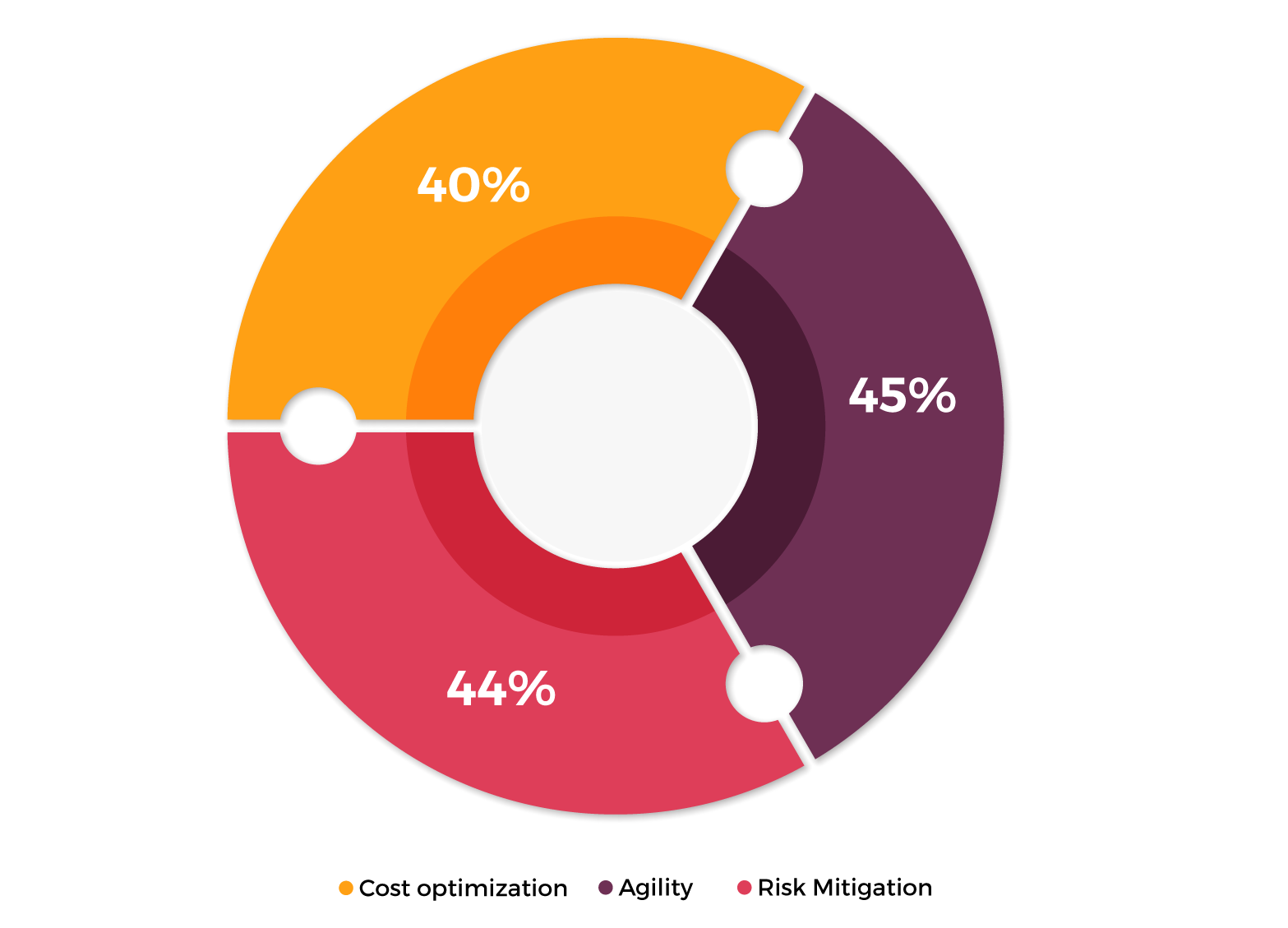 Hybrid Cloud: To ensure that there’s no vendor lock-in and reduce the downtime, many enterprises are approaching multiple service providers and synchronizing the public, private and on-premise clouds for their single practice, which can be rightly tagged under hybrid cloud services. Just in case, there’s a pitfall in one of the service providers, the enterprise would continue to carry out its operations seamless by swiftly switching to a different vendor. For instance, AWS/Azure/Dell Boomi etc. could be used for a single business such as data sharing or Big Data etc.

According to a survey by Stratoscale, more than 77% respondents defined hybrid cloud as the capability to seamless shift workload between public & private cloud services. In a recent survey conducted by Kantar TNS, and published on Microsoft, at least 81% of respondents from C rank officials of IT companies said that they were using hybrid cloud services while 19% said that they had plans to embrace hybrid model in the next 12 months. Nearly 56% of them said that network connectivity between private and public cloud as a key capability of the hybrid cloud while 48% preferred it for seamless portability of applications. 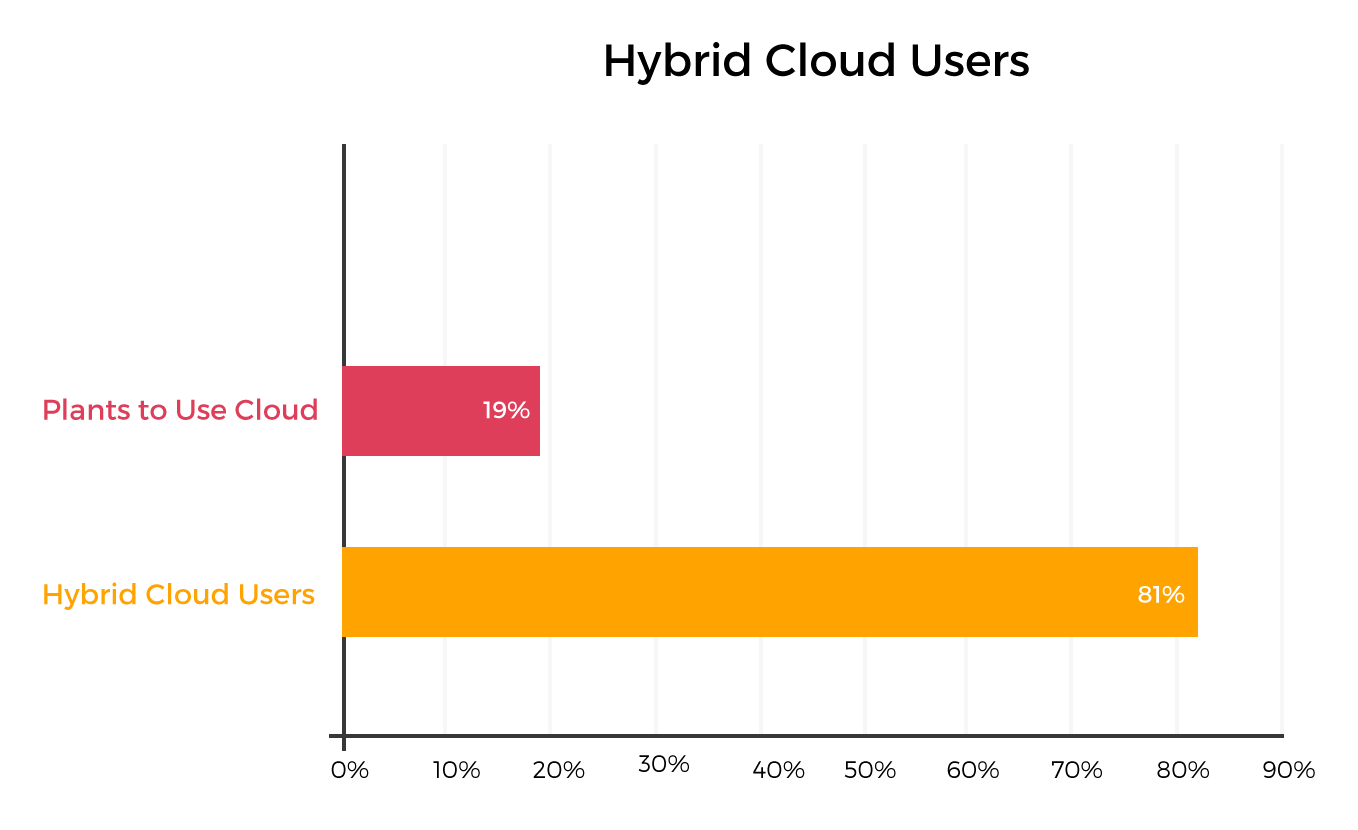 Conclusion:  Cloud is undoubtedly in its initial stages despite 10 years of its entry into industrial space. It’s no exaggeration that certain enterprises are still apprehensive of switching to cloud over their traditional IT infrastructure. And the companies that have embraced cloud won’t limit themselves as the boundaries of the cloud keep expanding with every year. To stay ahead in the business, to avoid vendor lock-in, and achieve higher ROI through increased productivity, it’s the need of the hour for every enterprise look beyond a single cloud service provider. If budget is your concern, iMicron by Techwave is here to help you out. We partnered with Amazon, Microsoft, and IBM to deploy customized cloud solutions. Get in touch with us right away.